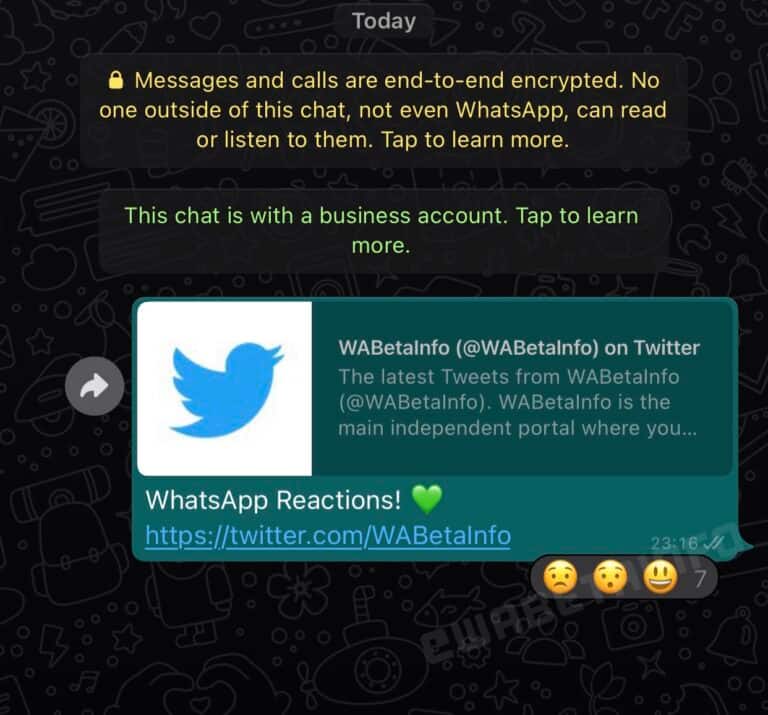 New feature spotted which can change how you react to messages

WhatsApp has been spotted testing a new feature that allows users to react to messages. This feature is available on other platforms such as Instagram and Messenger. With the new feature, users will just have to tap and hold the message that they want to react to and then drag their finger to the appropriate emoji. The reaction will be visible right below the text.

The new feature has been spotted by WABetaInfo, a website that tracks the latest features on the beta version of the instant messaging application. The website shared a screenshot of a chat that had a number of reactions under it.

Within the screenshot, we can see 7 reactions to a text message. According to the report, users can use any emoji to react to the message. However, the reactions will be public and all members of a group can look at who has responded to the message and the emoji they shared.

Since the feature is still under development, WhatsApp may introduce some more changes before it is made broadly available. The screenshot shared on the website is taken from an iOS device but it is confirmed that even Android beta users will get the feature once the rollout happens.

WhatsApp recently released the much anticipated ‘View Once’ feature, that allows users to send disappearing messages. The feature automatically deletes messages sent via the application after they have been opened. However, this feature has to be turned on individually for different chats and groups. Now, WhatsApp is working on an application-wide disappearing mode.