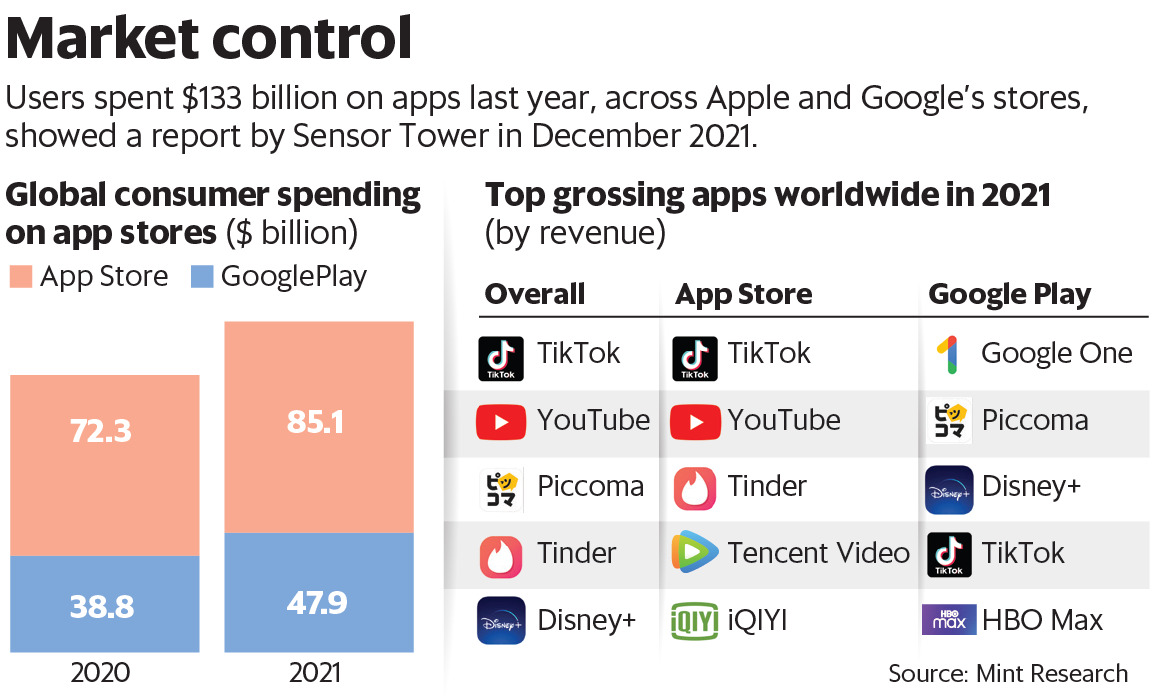 What does CCI probe entail for Google and Apple in India?

The director general (DG) of the Competition Commission of India (CCI) has submitted its report on Google’s Play Store billing policies. The report paves the way for the CCI to regulate how firms like Google LLC and Apple Inc. run their app stores. Mint explains:

What does the CCI report say?

The report says Google is imposing “unfair and discriminatory” conditions in violation of India’s regulations. It also said the company’s conduct in India is leading to “denial of market access” to other apps that use the government’s unified payments interface (UPI) payments system. It expresses concern that the company could lead to a situation where other UPI apps are “completely excluded” from the market and Google Pay is the dominant player. The DG investigates such matters by seeking information from competitors, customers and other stakeholders in the industry.

What happens after the report is filed?

Typically, the CCI reviews the DG’s report and sends it to the parties involved in the case for their comments. In this case, that includes Google India, the anonymous complainants in the case, and the Alliance of Digital India Foundation (ADIF), an industry body representing startups in the country. Parties, especially Google, can challenge the report from the DG. The report itself is not binding on the CCI, which can choose to rule against the report. Competition lawyers, however, noted that the CCI ruling differs from what’s in the DG’s report only in the rarest of cases.

Does this mean Google is guilty?

In a statement, Google said it is reviewing the DG’s report at the moment, noting that the report doesn’t necessarily echo the final decision of the CCI’s inquiry into the matter. In legal terms too, the DG’s report is only a recommendation to the competition regulator and doesn’t automatically mean Google will be found guilty.

What could the regulator do?

The complaint against Google is part of a global discourse against the rules enforced by the company on developers. It requires app makers to use its built-in payment systems to sell apps and services, and hence pay a fee to Google. Since the case began, both Japan and South Korea have directed app store owners like Google and Apple to stop this practice. Competition regulators around the world, including the CCI, are expected to at least direct platform owners to stop forcing developers to use their own payment modes.

How will this affect Google and Apple?

Both Google and Apple have cut the fees they charge over the past two years. Apple has said it will allow third-party payments for so called “reader apps”, while Google started testing third-party payments with music streaming firm Spotify last month. The firms have done so in anticipation of regulations that are expected not just in India but all over the world. A report by market research firm Sensor Tower in December 2021 said users spent $133 billion on apps last year, across Apple and Google’s stores.