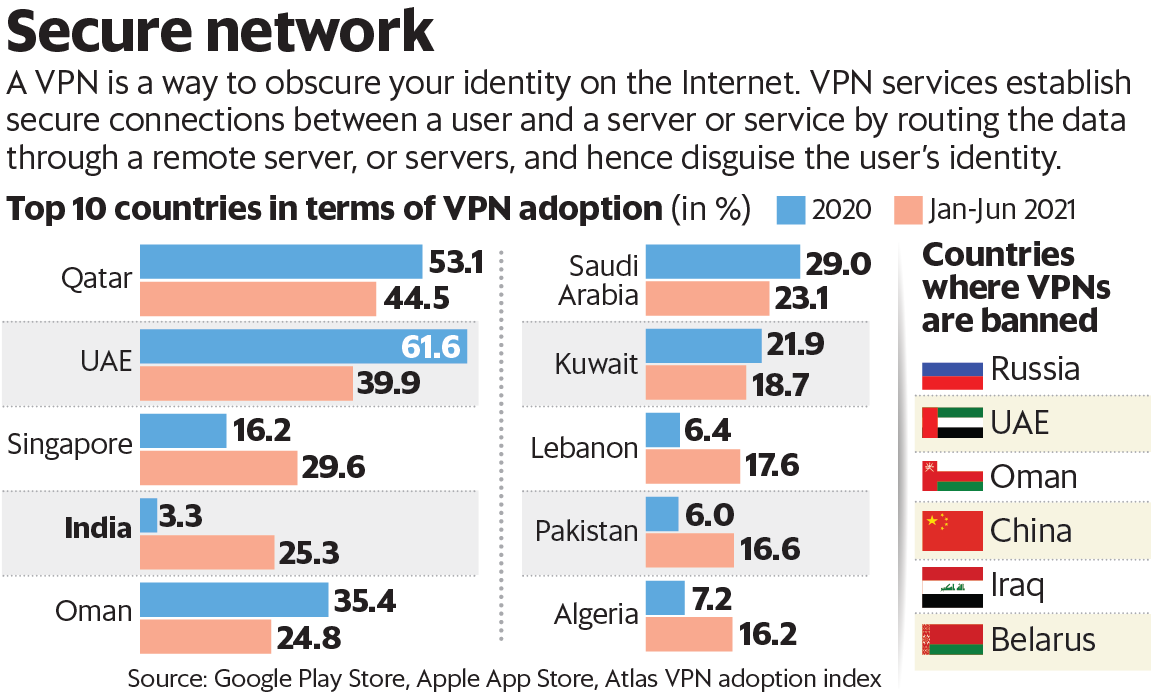 Why banning VPN is a bad idea

In August, a parliamentary committee in the country recommended that the home ministry should ban all uses of virtual private network (VPN) in the country. However, doing so could be a very bad idea. Mint takes a look at the possible consequences:

What is a virtual private network?

A virtual private network, or VPN, is a way to obscure your identity on the Internet. Devices connecting to the Internet are all assigned an Internet Protocol (IP) address. This allows law enforcement agencies, service providers, etc., to identify the device and its location, thereby identifying the user. VPN services establish secure connections between a user and a server or service by routing the data through a remote server, or servers, and hence disguise the user’s identity. If these servers are placed in other countries, it can allow users to bypass blocking rules enforced by the government.

What is the rationale behind the ban?

A parliamentary committee had recommended the ban, citing the “technological challenge” posed by VPNs. It said the Dark Web and VPNs can bypass “cybersecurity walls” and “allow criminals to remain anonymous online”. It also noted that VPNs can be easily downloaded and many websites providing such facilities are advertising them. Hence, the committee recommended that the home ministry coordinate with the ministry of electronics and information technology (MeitY) to “identify and permanently” block such VPNs with the help of Internet Service Providers (ISPs).

Are VPNs the same as the Dark Web?

No. VPNs  are  usually  used to access blocked websites on the open Internet. The Dark Web, on the other hand, is not part of the Internet that we access on a regular basis. Accessing the Dark Web requires something like TOR, short for The Onion Router, which is an anonymity network that has websites running on its own network. TOR sites use .onion extensions.

No. Essentially, the VPN service provider is a centralized entity which can still track what its users are doing. Many service providers encrypt traffic to offer more privacy to users, but there are more than enough examples worldwide of law enforcement officers tracking down criminals despite their using VPNs for their dirty work. In fact, even TOR has been broken. In 2013, the Federal Bureau of Investigation (FBI) shut down a dark web market-place called Silk Road, selling everything from drugs to humans, and made an arrest.

Why is banning VPNs a bad idea?

Other than consumer use cases of VPNs, these tools have huge implications for businesses. Almost any business that requires employees to access sensitive information, or even software that needs to stay within the company’s network, uses VPN. Corporates use VPNs to create an internal network that can be accessed by their employees even when they aren’t within the office premises, which is a very important use case under the current work-from-home conditions.