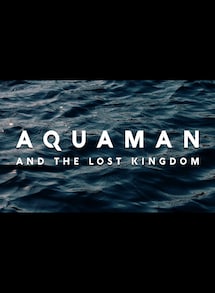 Aquaman is back. Jason Momoa unveiled a behind-the-scenes look at Aquaman and the Lost Kingdom, the first major DC Extended Universe superhero sequel since last year’s Wonder Woman 1984. The teaser primarily features director James Wan’s take on the film’s shooting and the overall vision of the Aquaman franchise. Fans also got a glimpse of titular star Jason Momoa in action, alongside Amber Heard, Yahya Abdul-Mateen II, and Patrick Wilson. Aquaman and the Lost Kingdom is slated to release on December 16, 2022.

Momoa said he was “proud” of the sequel, and that he was “super excited to be back” on the sets of Aquaman and the Lost Kingdom as he introduced the behind-the-scenes teaser. Wan said that fans can expect Aquaman 2 to be “more mature” yet retain the fun elements which made 2018 movie a commercial success. Apart from Momoa tossing around bad guys on the set, the teaser also showed Abdul-Mateen II, Heard, and Wilson in action.

We get a brief glimpse of Aquaman’s new stealth suit. That’d probably come in handy as he takes on Abdul-Mateen II’s Black Manta, who is “still seeking his vengeance” and plans to “kill Aquaman,” as per Wan.

James Wan returns on the director’s chair for Aquaman and the Lost Kingdom, with Aquaman co-writer David Leslie Johnson-McGoldrick solely responsible for the screenplay.

Aquaman and the Lost Kingdom is slated to release on December 16, 2022, which is still considerably a long time away. Before that, DCEU fans will be treated with the Dwayne Johnson-led Black Adam in July 2022, Ezra Miller-starrer The Flash in November 2022. Not a part of DCEU, the Robert Pattinson-starrer The Batman is set for March 2022.