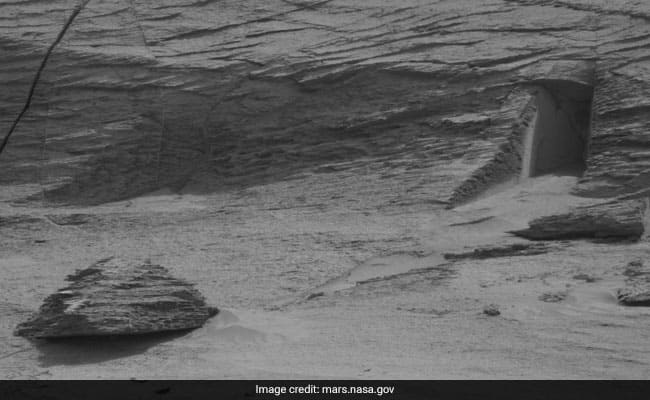 National Aeronautics and Space Administration’s (NASA’s) Curiosity rover on Mars recently released images of an unusual rock structure that seems like a nicely carved door. The image has taken the internet by storm and many claimed it to be a hidden alien entrance.

The curiosity rover captured the image on May 7 and it was shared on Reddit on Wednesday.

NASA is yet to comment on the image. However, some publications pointed out strange rock formation could be the product of a natural stress fracture caused by a seismic activity.