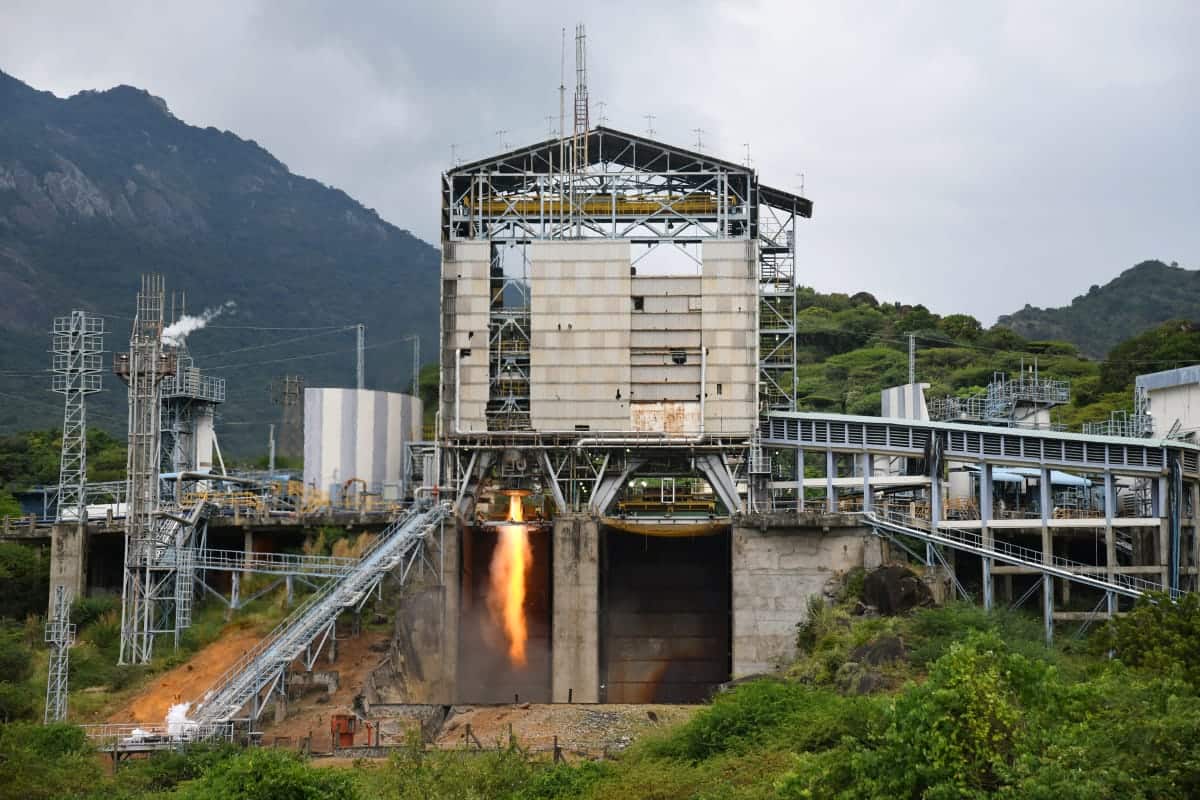 The Indian Space Research Organisation (ISRO) on Wednesday successfully conducted the qualification test of Cryogenic Engine for Gaganyaan programme for a duration of 720 seconds at ISRO Propulsion Complex (IPRC) in Tamil Nadu’s Mahendragiri, the agency said in a statement.

“The performance of the engine met the test objectives and the engine parameters were closely matching with the predictions during the entire duration of the test,” ISRO said.

“This successful long-duration test is a major milestone for the Human Space Programme – Gaganyaan. It ensures the reliability and robustness of the cryogenic engine for induction into the human-rated launch vehicle for Gaganyaan,” it added.

This engine will undergo four more tests for a cumulative duration of 1,810 seconds.

Subsequently, one more engine will undergo two short-duration tests and one long-duration test to complete the cryogenic engine qualification for Gaganyaan Programme.

With this launch, India will become the fourth nation in the world to launch a Human Spaceflight Mission after USA, Russia and China.

“The major missions viz., Test vehicle flight for the validation of Crew Escape System performance and the 1st Uncrewed mission of Gaganyaan (G1) are scheduled during the beginning of second half of 2022. This will be followed by the second uncrewed mission at the end of 2022 carrying “Vyommitra” a spacefaring human-robot developed by ISRO and finally the first crewed Gaganyaanmission in 2023,” said Jitendra Singh, the Union minister of state (independent charge) science and technology.

Referring to Prime Minister Narendra Modi’s Independence Day address in 2018, wherein he said that an Indian astronaut, be it a man or a woman, will go on a space odyssey by 2022 onboard ‘Gaganyaan’, Singh said that the program got slightly delayed due to Covid restrictions.

He said that the objective of the Gaganyaan programme is to demonstrate the capability to send humans to low earth orbit (LEO) onboard on Indian Launch Vehicle and bring them back to earth safely.

Singh said that more than 500 Industries are involved in the launch of Gaganyaan with several research modules including the indigenous health research module.