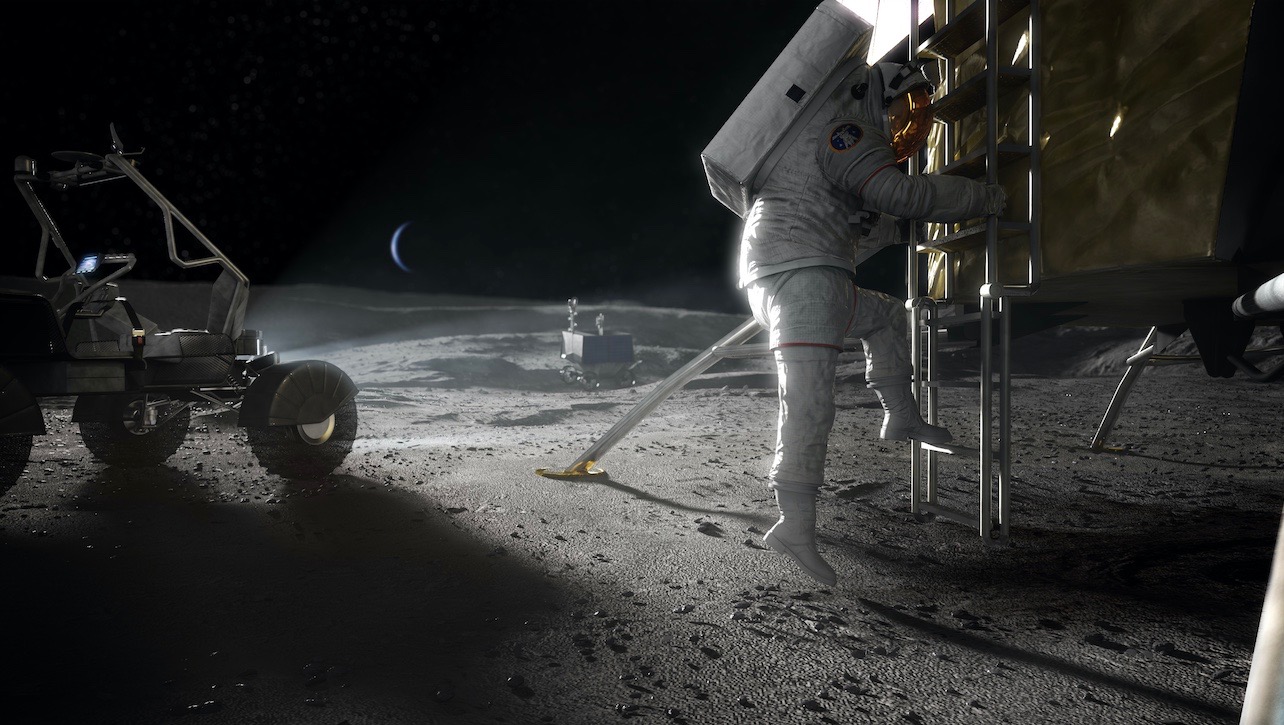 Multiple private spacecraft will be ferrying NASA astronauts to the surface of the moon just a few years from now, if all goes according to plan.

In April 2021, NASA picked SpaceX to build the first crewed lunar lander for the agency’s Artemis program, which is working to put astronauts on the moon in the mid-2020s and establish a sustainable human presence on and around Earth’s nearest neighbor by the end of the decade.

But SpaceX apparently won’t have the moon-landing market cornered: NASA announced today (March 23) that it plans to support the development of a second privately built crewed lunar lander.

“This strategy expedites progress toward a long-term, sustaining lander capability as early as the 2026 or 2027 timeframe,” Lisa Watson-Morgan, program manager for the Human Landing System Program at NASA’s Marshall Space Flight Center in Alabama, said in a statement today.

“We expect to have two companies safely carry astronauts in their landers to the surface of the moon under NASA’s guidance before we ask for services, which could result in multiple experienced providers in the market,” Watson-Morgan added.

This new plan isn’t all that new, however. NASA originally intended to select multiple private crewed landers for Artemis, to have redundancy in place and to drive the teams building the vehicles through competition. But Congress didn’t allocate enough funding to support the development of multiple vehicles, so NASA went solely with SpaceX in April 2021.

That decision spurred protests from the other two finalists for the award, Dynetics and Jeff Bezos’ Blue Origin. Along with a public letter from Bezos to NASA Administrator Bill Nelson criticizing the decision, Blue Origin filed a lawsuit, which ultimately failed but held up SpaceX’s lander development work for about seven months.

There were even more twists to come, however. In October 2021, the Senate Appropriations Committee directed NASA to choose a second company to develop a crewed moon lander. The funding increase attached to this order was quite small — but NASA apparently now has assurances that the necessary money will come to support the second lander.

Congress is “committed to ensuring that we have more than one lander to choose [from] for future missions,” Nelson said during a news conference today, citing conversations he’s had with people on Capitol Hill over the past year.

Exact funding amounts and other details should be coming next week when the White House releases its 2023 federal budget request, he added.

NASA plans to release a draft request for proposals (RFP) for the second moon lander by the end of the month and a final RFP later this spring, agency officials said. If all goes according to plan, NASA will pick the builder of the new vehicle in early 2023. That craft will have the ability to dock with Gateway, the small moon-orbiting space station that NASA plans to build, and take people and scientific gear from there to the surface (and back).

This newly announced competition will be open to all American companies except SpaceX. But Elon Musk’s company will have the opportunity to negotiate the terms of its existing contract to perform additional lunar development work, NASA officials said during today’s news conference.

SpaceX is scheduled to land NASA’s Artemis 3 mission on the lunar surface in 2025 or 2026 — the first crewed moon touchdown since Apollo 17 in 1972. The company will use its huge, reusable Starship vehicle for the job. (SpaceX also plans to conduct an uncrewed test flight to the lunar surface with Starship, which is expected in 2024.) The Artemis 3 plan is unaffected by today’s announcement, NASA officials said.

The SLS and Orion that will fly the Artemis 1 mission just rolled out to the launch pad at NASA’s Kennedy Space Center in Florida last week for testing. Artemis 1, which will send Orion on an uncrewed journey around the moon, is expected to launch no earlier than May.