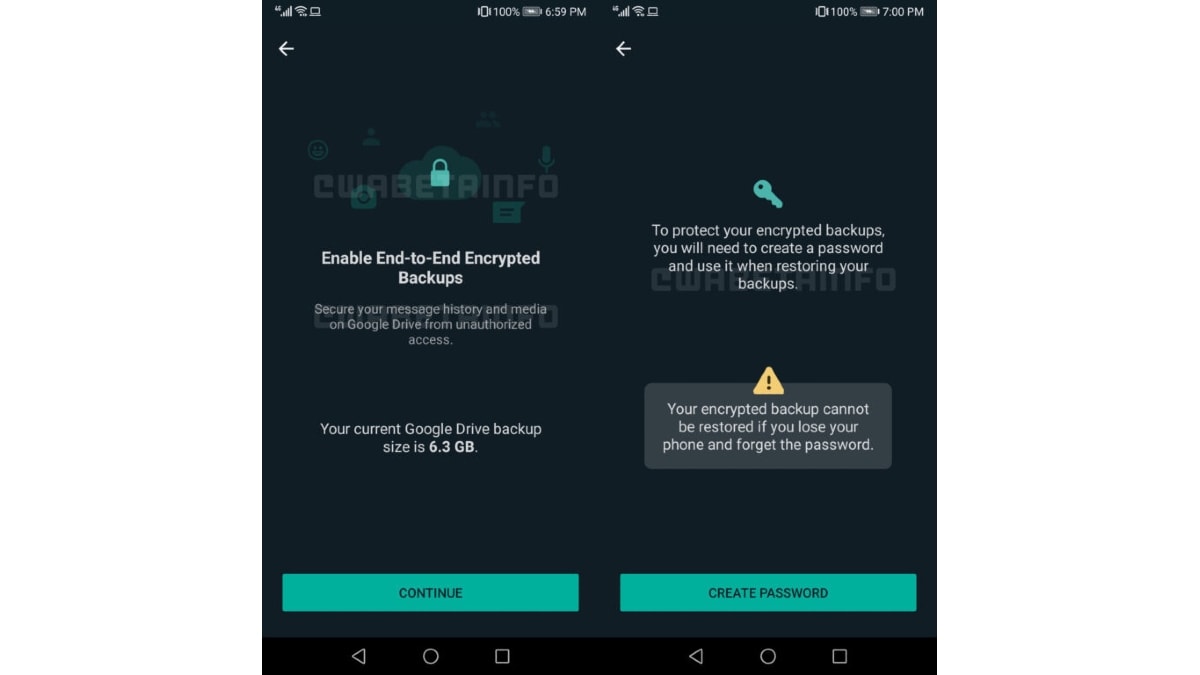 WhatsApp was recently spotted testing end-to-end encrypted cloud backups. The change is rolling out to beta testers on both Android and iOS platforms, according to a report. WhatsApp’s new update aims to protect backups stored on Google Drive and iCloud by giving users the option to encrypt them. The process adds an additional layer of security to message history and media files stored in WhatsApp backups. The instant messaging app was also separately spotted redesigning the contact info section of the app on Android that may soon be available to beta testers.

Last month, WhatsApp announced end-to-end encrypted cloud backups as an optional feature to let users secure their message history and media files available on Google Drive and iCloud. The announcement came months after WhatsApp was spotted testing the feature internally. However, the instant messaging app has not provided a specific timeline for when the option will be available to end users.

It is important to note that users need to remember a password that they use to add the new layer of protection to their backups. In case a user forgets their password and loses their phone, the encrypted backup would not be restored.

WhatsApp also demonstrated an option to use a 64-bit encryption key for adding the end-to-end encryption layer to backups instead of creating a new password. The screenshots shared by WABetaInfo, though, suggest that encryption key support isn’t yet available for beta testers on Android. Gadgets 360 wasn’t able to spot the update on the latest WhatsApp beta for Android devices.

Alongside end-to-end encrypted backups, WhatsApp is found to be testing a redesigned contact info section for Android users, where users will get the existing Chat, Audio, and Video buttons just below the profile photo of their contacts. WABetaInfo has shared a screenshot to suggest the redesign. Some references of the update are said to be a part of WhatsApp for Android beta 2.21.21.6, though the changes are yet to be seen even on the latest beta release.